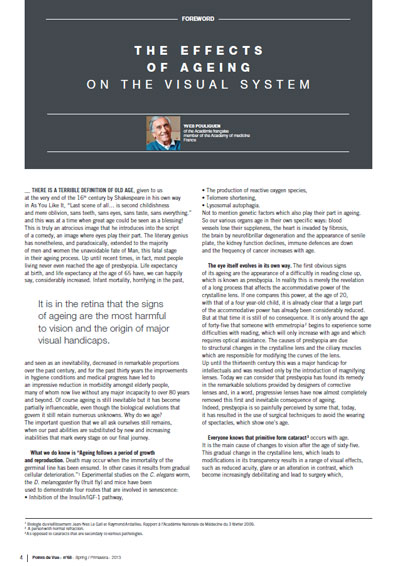 AMD is the leading cause of legal blindness in industrialized countries. It has two forms, atrophic and exudative, and a multifactorial pathogenesis. To cope with the ever-increasing incidence of AMD, retinal specialists resort to three strategies: primary prevention, patient management in clinical practice and prospective medical research aimed at finding new therapies.